There is a lot of information flying around right now about ticks, and it can be difficult to tell fact from fiction. Let us help you weed out the fake information! 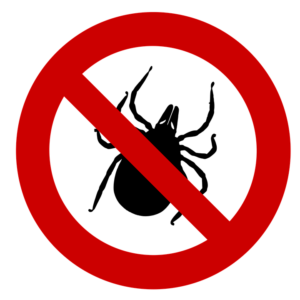 Although many deer ticks are positive with Lyme, that does not mean the disease has been transmitted to you.

The likelihood of getting Lyme is actually very small. The bacterium that holds the Lyme disease is in the tick’s stomach lining, and in order to transfer it to a human the tick must regurgitate it. This is why there’s no worry if the head became detached from the body during the removal process! We only recommend getting the tick tested if you are immuno-deficient or pregnant.

Do not pour a solvent, like rubbing alcohol on the tick while it is still attached to skin. Do not light it with a match or rub Vaseline on it while attached, either. This will cause the tick to regurgitate its stomach contents and increase the chance of contracting Lyme. Grasp the attached tick with tweezers as close to the skin as possible, and pull it straight out. 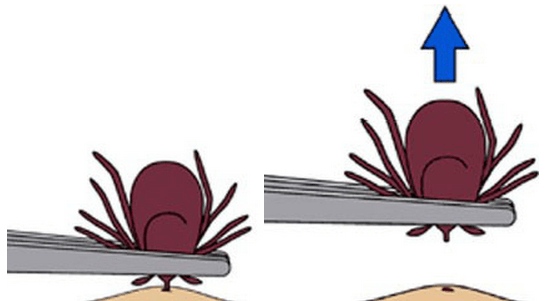 Grasp the tick between the head and the body with a pair of tweezer, and pull it straight up.

If you talk to your AFP provider and determine the tick should be tested, you can take it to UMass Amherst’s Laboratory of Medical Zoology (413-545-1057). Make sure to keep the tick body in a damp paper towel so it stays hydrated. Additionally, upload a picture of the tick and where you found it to University of Rhode Island’s TickEncounter Resource Center so they can keep track of ticks and study the data. 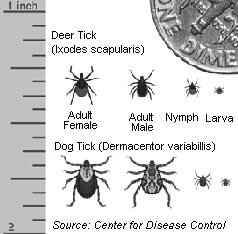 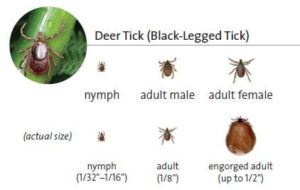 Within 3 days of a bite, it’s common to develop a red spot that never grows larger than a nickel. This is an allergic reaction to the tick’s saliva. Trace it with a pen, and snap a photo. If it grows over the next week (2+ inches) or there is a fever, this is a potential indicator of Lyme

Can a tick on my dog bite me?

Yes, but dog ticks don’t carry Lyme. Deer ticks don’t bite dogs, but have been known to hitch a ride on cats, and then jump to humans once they’ve entered the house. To protect your pets, ask your vet what ointments, collars, and/or medicine they recommend.

How To Check Yourself and Someone Else 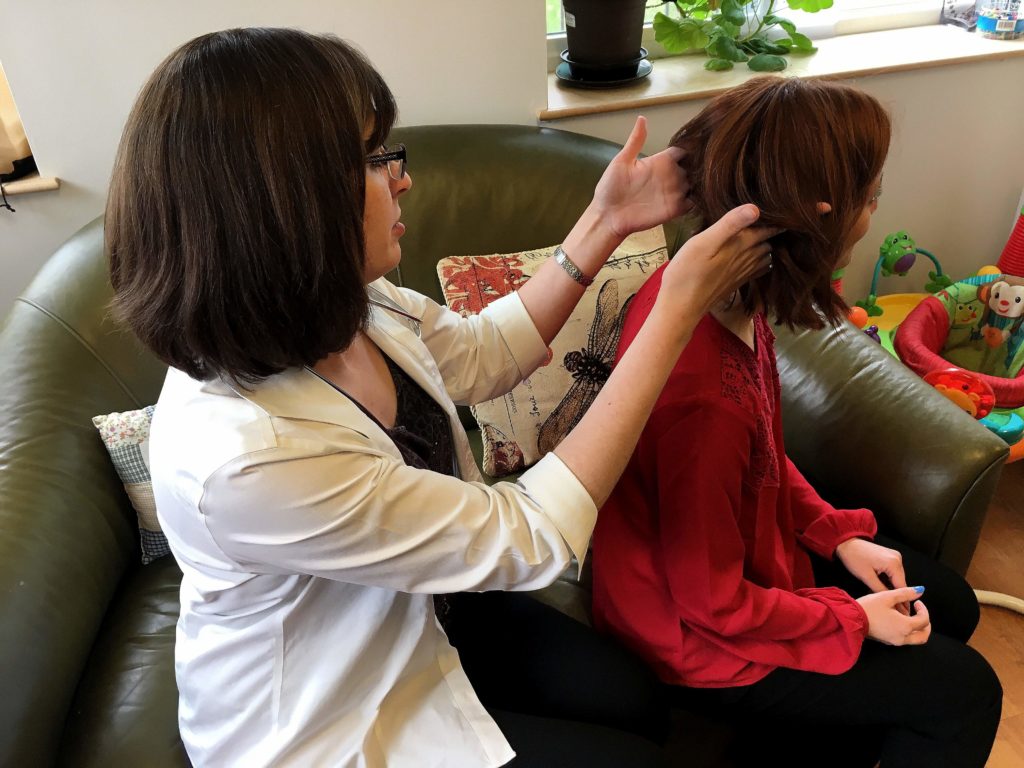 How to Check Someone Else for Ticks

The most important areas to check for ticks:

Check the body areas mentioned on the other page. To check the places you can’t see, hold a handheld mirror up to a larger mirror. If you see a tick but can’t reach it, feel free to come in to AFP and we will remove it ! 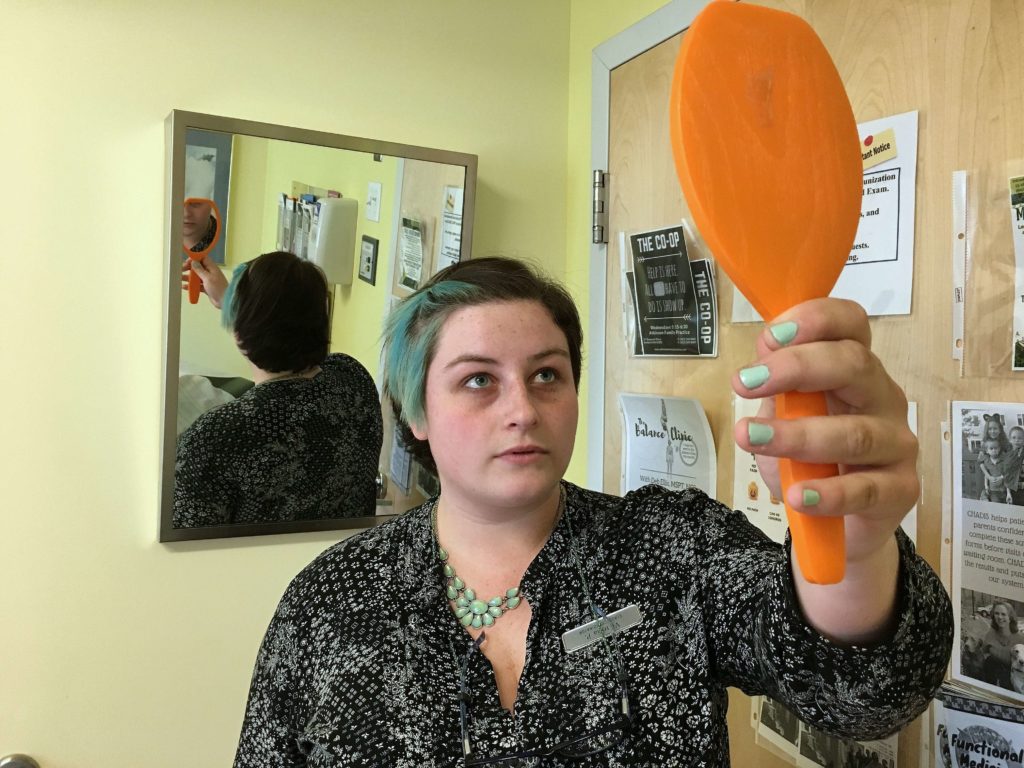 You should also shower soon after coming indoors. Taking a hot shower within 2 hours of coming indoors drastically reduces chance of Lyme. Washing clothes with hot water or tumble drying for 10 minutes will kill ticks on clothes.

When The Tick Breaks

If the tick’s body detached from its head during removal, don’t worry. As we learned on the previous page, Lyme comes from the stomach contents so there’s no threat of Lyme from the head. Try hot water soaks for a few days, and your body should push the head out. Trying to force the head out by yanking, digging, and pulling at it will only cause scarring.

Wear a tight base layer when hiking, like a good sports bra and bicycle shorts/spandex. Wear socks 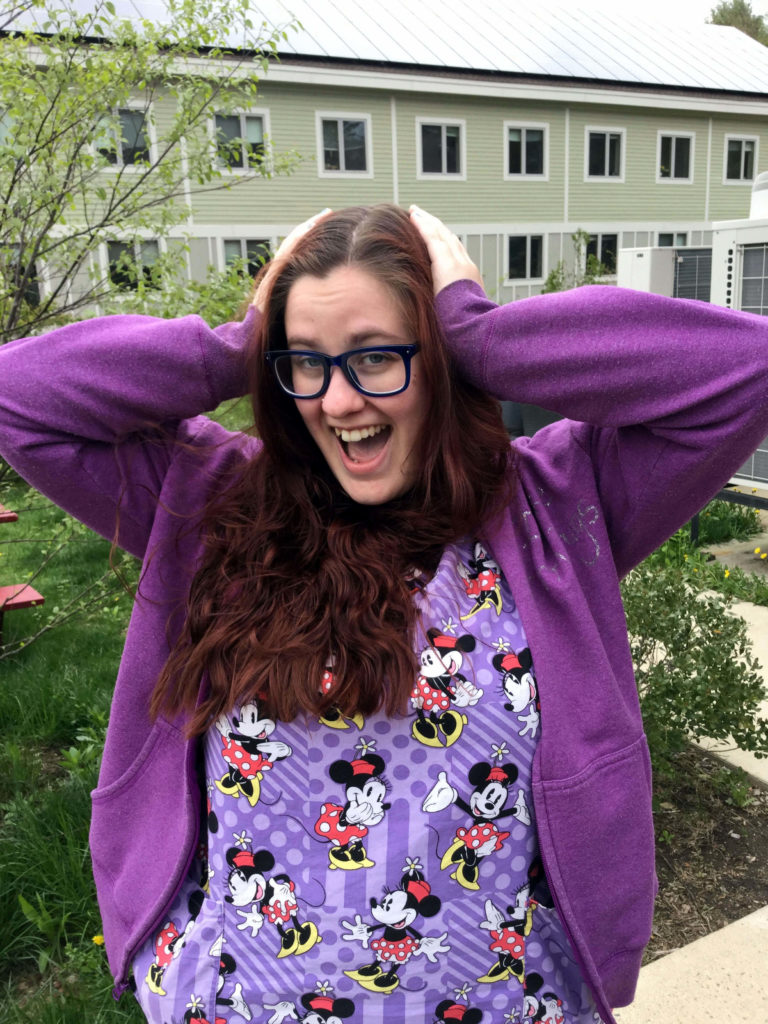 that go above the ankles. Know where ticks like to be: moist, humid environments, especially in the woods or grassy areas. Avoid leaf litter or shrubs, and walk in the center of trails.

Use a tick repellent with DEET, and do tick checks (on your clothes and body) frequently! The CDC has extensive resources for natural tick repellents and pesticides, such as an effective mixture of essential oils.

What Can AFP Do?

You don’t have to bring the tick into AFP! If the tick looks like a deer tick and is engorged, we can call in a one day antibiotic that decreases the already low risk of Lyme to the pharmacy.

Make a same-day appointment and we can remove the tick, no sweat! We can also show you how to do tick checks, how to remove them, and how to safely remove the head if it becomes detached from the body at this appointment.